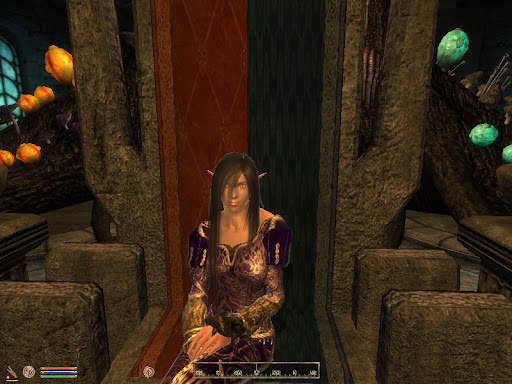 I finally wrapped up the Oblivion expansion today so I decided to post a picture of the newest Daedric Princess. I've always enjoyed this campaign as you have the option of going down two paths, both of which share similar quest lines but also effect the way in which the story pans out.

I still have a few side-quests to finish in both the orginal and the expansion, but a lot of them are level-related and I haven't leveled up to that point yet. When I finished this expansion I am around level 18 I believe, close to 19. I believe I pointed it out previously but I am playing a Witchhunter class, but I have a strong focus in stealth which isn't a primary class skill (and as a result was a bitch to level up.)

I'm really looking forward to the The Elder Scrolls V and I am hoping my computer can handle it when it does come out.
posted by themoogle at 8:47 AM 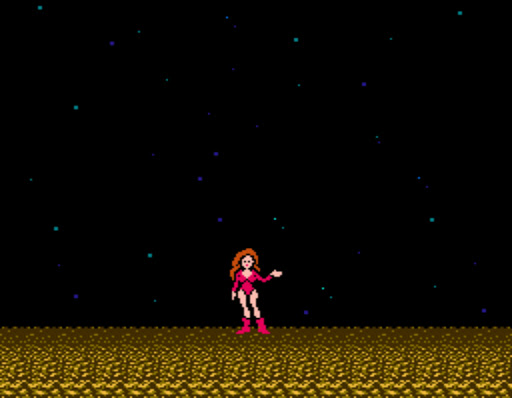 Well, here's the end to Metroid for NES. But you know, I'm not happy with it. I just can't seem to finish in under an hour. This was the third time through and I just cannot seem to get through it in time. I beat this in JUST over an hour, 1 hour and 3 minutes to be exact. It's the fastest I can do it, but not fast enough :(

It was a good game though, lots of fun... not so much the third time around haha. I am not going to give up though, eventually I am going to beat this in under an hour... until then we'll have to make due with the under three hour ending.
posted by themoogle at 9:31 AM

The Video Game Trophy Room: Episode 75 - The Legend of Zelda: A Link to the Past 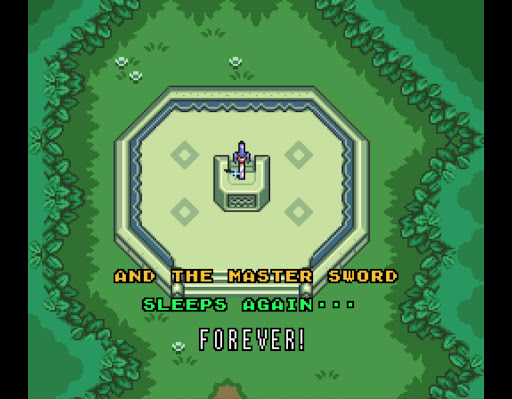 SNES: The Legend of Zelda: A Link to the Past

What can I honestly say that hasn't been said a million times before? This game is a video game masterpiece. A classic among classic games. For any kid who grew up on Super Nintendo this is the game you bragged about beating. This was the game you sat around with your friends and talked about how you found all the heart pieces, how you gathered every item. It is one of those few games that takes you out of reality and puts you right into the game. You become Link.

My words here can't really do it justice, but I can say with some manner of confidence that if you consider yourself a fan of video games, and if you are going to pick one title on the Super NES to play, let it be this game.

On to the more technical aspects, I played this one right through. Ended up getting a total games played of 000. First time I ever did that because I managed to not die once. I found every heart piece, got every item, maxed out both the bombs and arrows... all in all, a good day.
posted by themoogle at 11:12 PM 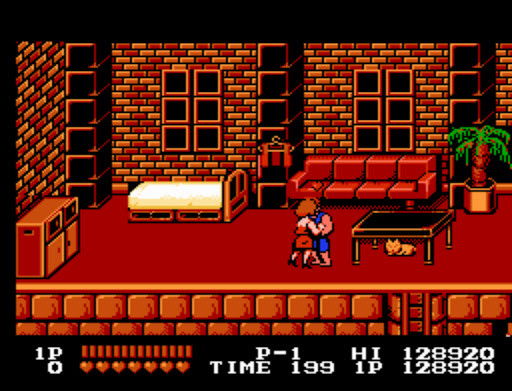 The beat 'em up which all beat 'em ups set their standard on. Roll up, punch a dude or bitch in the face, move on. Easy game, I did die once however, stupid knock back into a pit of death. Never the less, wooped all their asses.
posted by themoogle at 3:46 PM 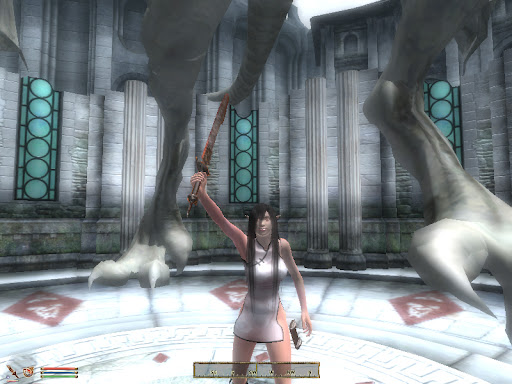 Another game that I should have uploaded here ages ago. I just finished a play through with my Elven Witch Hunter, so here she is in all her sexy glory.

Normally she wields a bow, but I figured a sword would be better for dramatic effect. I don't think I have the words to explain how much I love this game. I have spent a well over 200 hours playing this game since it came out back in 2006. So good.

I only have a few gripes. One, being a vampire in this game sucks compared to Morrowind. There are no vampire clans etc. Second. The difficulty gets ridicules as you level up if you have no idea what you are doing. Even when you do, it makes you have to be careful of your skill choices etc. It took me a few tries before I got it down to a science.

Lastly, you honestly need more hot keys. Having 1-8 is just not enough especially if you are a spell caster. I would have liked to see something akin to Neverwinter Nights where you can toggle between 3 rows of hot keys.

Despite all that, the story is epic. I am probably going to begin on Shivering Isles in the next few days, just because I can keep using Sakura here. She's already the champion of Cyrodiil, might as well make her a Goddess as well.
posted by themoogle at 11:15 PM 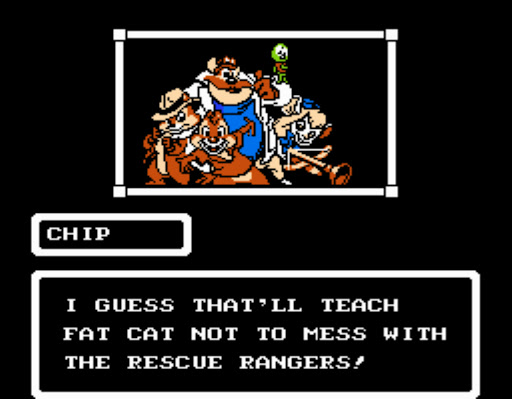 I beat this one just for you Scott haha. Not a hard game but really fun. Typical of a platformer by Capcom. I think this took me a little over half an hour to beat. There were some tricky parts (the fans in level I for example) that almost caused me to game over, but because their were so many 1 ups scattered around the levels I don't think I even came close to running out of lives.

The music was pretty good too, really upbeat, albeit a bit repetitive at times. Good game to kill some time.
posted by themoogle at 11:31 PM 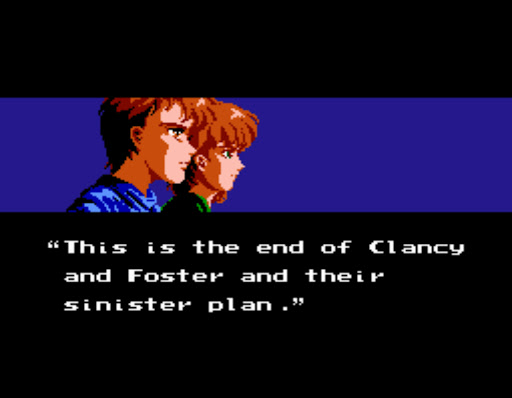 NES: Ninja Gaiden III: The Ancient Ship of Doom
Surprize, I'm back! I thought it was about time to buckle down and get back to some real work (school has had me distracted for most of January) and damn, did I ever pick a game. I'd been meaning to beat this for quite a long while, originally following Ninja Gaiden and Ninja Gaiden II, but to be honest this game flat out kicked my ass. I decided to actually keep track of how many times I died after going game over like my 5th time. Since I started keeping track, I sunk 47 lives into this game before I finally finished it. It's insanely hard and there is no continue option. Once you run out of lives that's it, it's game over, start back at level 1.
As you can see from the time this is being posted, I've sunk quite a few hours into this tonight. I almost had to restart as well, as when I reached the boss fight I had about 20 seconds left on the timer to beat him.
With that, I managed to beat all three of the original Ninja Gaiden series, a feat I doubt many have matched. Yeah, that's right, I am proud of myself :D
posted by themoogle at 5:24 AM